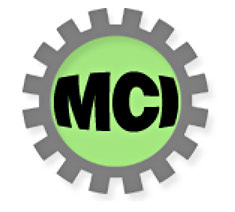 AI-TEK Speed sensors, used to measure RPM, are available as Passive Magnetic Sensor or Hall Effect Sensors. Passive (Variable Reluctance type, or "VR") are generally used in rotating equipment that has a minimum rotational speed of about 100 rpm. They are not used to detect zero speed or for counting applications, but will accurately measure rotational speeds for under- and over-speed applications. Hall Effect sensors are generally used for slower rotational speeds (grinders, cement trucks, conveyors) where it is important to measure speeds from 0 rpm to 20,000 rpm. Hall Effect sensors produce a definite square wave output as the ferrous gear or object passes in front of the pickup.